THE HOUSE OF DETENTION 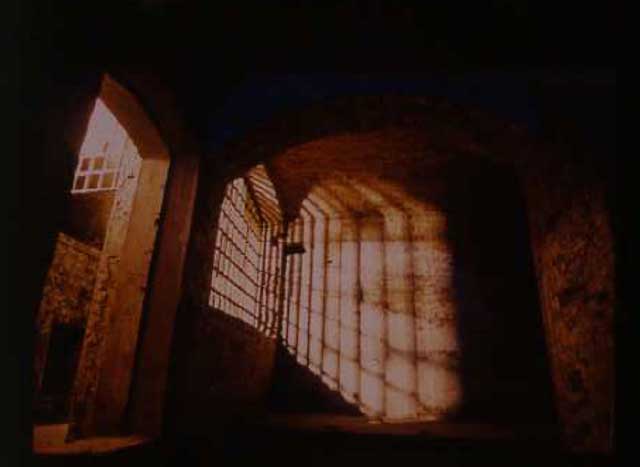 The House of Detention closed its doors to the public in 2000 when Customs and Excise Boarded the place up owing to the managements failure to pay their VAT. 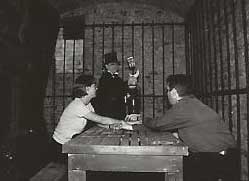 The prison had seen years of neglect but, in some ways, this neglect lent it a truly creepy atmosphere that other more "polished" haunted venues would kill for!

Indeed, as you made your way through its grim depths you'd often feel cobwebs brushing against your face, and these, coupled with the constant smell of damp, really did add to its sinister, creepy ambience.

On the day Her Majesty's Excise Men turned up to close the place down for good I was due to be filming there for the American TV programme Haunted History.

Unfortunately we found the doors padlocked shut and a sign on them informing us that it was in fact a criminal offence to cross the threshold.

We therefore found ourselves in the strange position of actually being locked out of a prison and had to do the filming on the outside!

FEATURED ON MOST HAUNTED

In recent years the prison has achieved a posthumous fame with an appearance in an episode of Living TV's Most Haunted.

Unfortunately, it is now impossible to pay the place a visit. 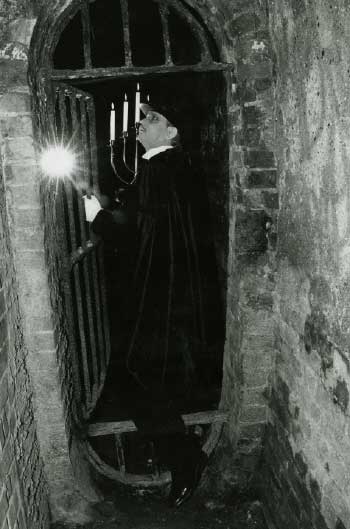 I include it here for no other reason than it was a truly fascinating venue and, as someone who spent many a midnight hour exploring its creepy labyrinth of wonderfully atmospheric underground passageways and corridors throughout the 1990's, I just want to put on record an account of one of London's lost venues.

In 1994 I used to organise ghost hunts in the House of Detention and was present there at all hours of the day and night.

Sometimes I'd wander alone through its maze of corridors at 1am in the morning. Although I found it an extremely spooky place, I have to confess that I never actually experienced anything paranormal down there, although I often got the distinct impression that I was not alone.

All in all though I found it to be a fantastically atmospheric place and I truly hope that someone will one day buy it up and open it once more to the public.

A BRIEF HISTORY OF THE HOUSE OF DETENTION

There has been a prison on this site since 1616, although the series of tunnels and passageways date from its last rebuilding in 1844. 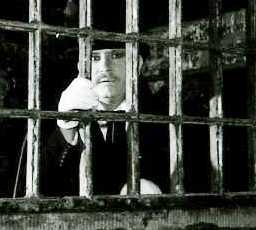 By the mid-19th century the House of Detention, as it became known, was used as a holding prison for those awaiting trial, and an estimated 10,000 people a year passed through its gates.

The prison was demolished in 1890, but an entire underground section survived and lay undisturbed until the bombs of the Blitz saw it reopened as an air-raid shelter.

After World War II it was again largely forgotten until, in 1993, it became a museum, and such it remained until its closure in 1999.

Descending a clanking set of iron stairs, you'd pass under a grim replica of a grotesque head which, apparently, used to hang over the entrance to the House of Detention. Its mouth hung wide open in terror, it had sunken eyes and matted hair, all of which were meant to symbolise criminal despair. 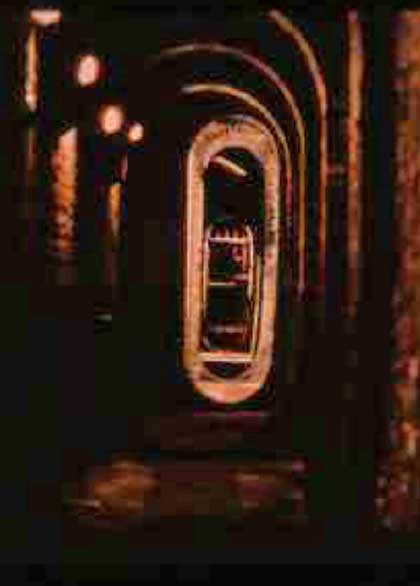 Stepping into a sinister ventilation corridor you were at once struck by the musty smell of damp and age.

As you progressed slowly through this cavernous world of silent shadows, you were at once struck by an intense feeling of utter melancholy.

The floor beneath your feet was uneven and worn, whilst ice-cold moisture dripped from above.

As you proceeded through the perpetual twilight of this eerie world of silent shadow, you were accompanied by a constant and unnerving feeling that you were being watched by an unseen presence.

Indeed, there were sections of the old prison in which you found yourself almost reluctant to turn a corner for fear of who, or what, might be waiting to greet you!

THE GHOSTS OF THE HOUSE OF DETENTION

This feeling of being under observation increased with every step taken through the cobwebbed corridors of the location and, given the fact that many visitors came back from their tour telling of ghostly encounters, there was every chance that you were being watched.

Many visitors to the prison caught sight of a shadowy figure moving swiftly through the darkness ahead of them.

Others returned from the cells and grim passages asking who the old lady was who seemed to be searching for something? They always commented that she would never respond should they offer her assistance but, instead, would look up and then simply melt away into thin air.

Managers of the place lost count of the number of people who heard the heart-rending sobs of a little girl reverberating from the inner depths of the jail.

"They genuinely believe that a lost child is wandering the dank maze of corridors and passageways," one of the form managers told me in 1996, when I was carrying out the research for my book Walking Haunted London.

When I pressed him a little further for information as to the invisible girl's likely identity he simply shook his head before attempting an explanation. "Children were imprisoned here and the anguish they suffered must have been terrible. Perhaps this little girl's grief has somehow impregnated the stone and some people are just sensitive to that sort of thing."

In addition there was the revenant of a particular individual who was "very unpleasant" and who was known to stalk women who wandered alone through the maze of tunnels.

PLEASE DO NOT CALL US ABOUT THIS VENUE

We are not the owners or the managers of the House of Detention, and we have no affiliation with it whatsoever.

We cannot give any information on hiring, getting into, or anything else to do with visiting the House of Detention.

Please do not call us or email us about hiring or visiting the venue, as we will not be able to provide you with any information at all.

This entry is intended for guidance only.

7pm From Outside The Lord Raglan Pub

THE JACK THE RIPPER TOUR